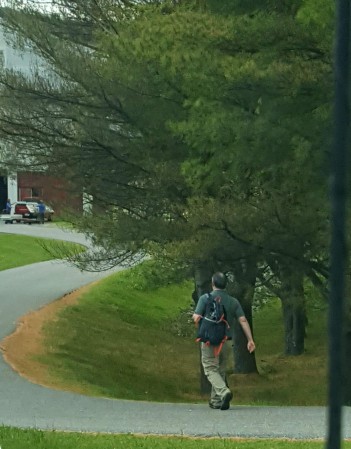 Ok, my personal (read… alone) adventures began after I dropped DH off the school.  I had no idea what I was going to do.  We got in so late and I just didn’t have time to look up what I should do.  I really thought I’d be able to just walk around town and there’d be interesting things… shopping, museums, you know… stuff. Well, there’s really not a lot to the town the college is in and the campus itself is mostly under construction so…

I decided to drive out to where my American Revolution relatives are buried, and… I missed my first turn but never fear!  Google Maps recalculated! And… I missed the next turn!!  The streets here are basically hidden.  But again, Google maps to the rescue.  So, I watched more closely and made my next turn.

It was quite the lonely road. Really.  There was nothing there and there was barely enough room for two cars and on either side was a beautiful flowing river.  I wanted to stop and take pictures but there was no where to pull over.  I ventured on.  The road kind of got gravelly and then a bit more like a dirt road.

I had joked with DH when I dropped him off that I might go off roading in our rental truck.  “It’d be like a Hallmark movie where the girl goes hiking dressed completely inappropriately in a dress in and high heels!”  I wasn’t in heels but did have on a dress and sandals. 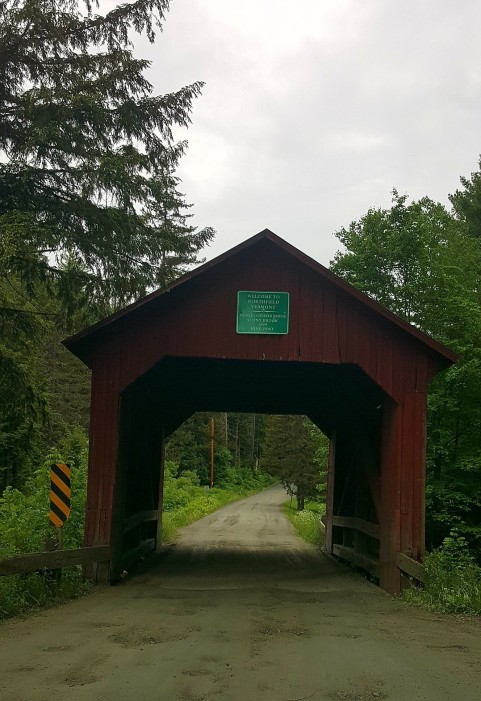 Anyway, here I am, now, feeling a little like a prophet!  Who knew!! I drive and drive and eventually I come to this lovely red, covered bridge.  I did stop in the middle of the road to get the photo.  It was so quaint.  Google said to keep going through the bridge so I did… but as I did I began to hear it creaking and I floored it.  I have a thing with bridges.  They terrify me!  I love how pretty they can be but I prefer to walk across them or just not… at all.

I keep driving as Google says to do but then it kind of changes and I notice that it shows what looks like a U-turn ahead.  What? What do you mean I’m making a U-turn? I just drove 30+ minutes for a U-turn? This can’t be!  It just looks like a U-turn surely… I drive on.  At least now there are a few houses, though not really the friendly looking kind but I keep going… right to the U-turn… and I drive right back down that same road.  It’s still a pretty road.  The river is flowing and it’s just beautiful. 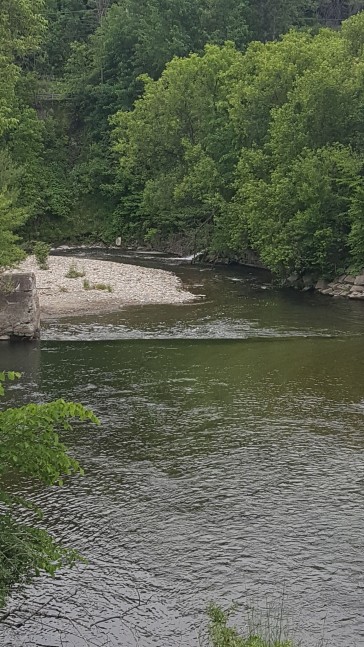 It wasn’t a waste of time because it was so pretty but now, I don’t have time to for my original plan so I drive back into town and walk a little thinking there’s got to be something to see and do.  There was a little ‘park’ with a fountain and monument in the middle of the square and spent a few minutes there looking over the names of those remembered on the monument and I walked about a bit and snapped a photo of their local United Methodist Church. I was stopped for directions… had to apologize and say I was just visiting.  It was still a nice morning and I got back in time to have lunch with DH and his classmates.  It was nice to meet to all the people he’s been talking about for the last 18 months and the food was delicious.  Then DH headed off to his afternoon sessions and I headed back into the town we are staying. Surely there is something there to do and see! 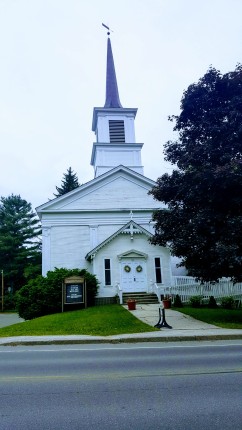 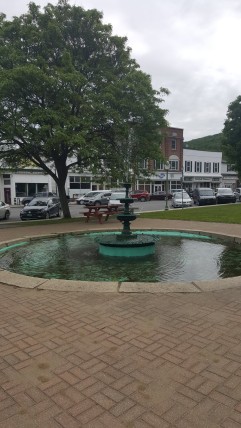 Well, I couldn’t find it, so I went back to the room and did some research for the next day.  Now I have a plan.  I’ve got it at least a little figured out. 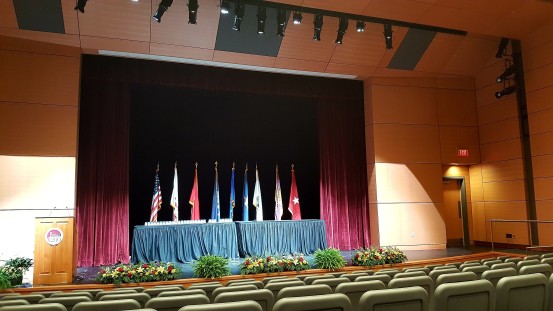 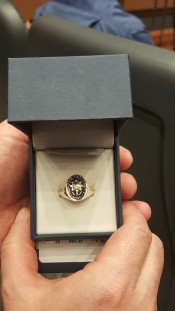 That evening I went back for DH’s evening activities and dinner.  It was all very nice.  He was inducted into the SALUTE Veteran’s Honor Society and then had his ring ceremony. I’m super proud of him!

More tales of the Adventures of Not-So-Simply-Sherri to come!  Stay tuned!

5 thoughts on “My little adventure”